Home » Smartphones » You are reading »

What Is It You Dislike About Your Smartphone The Most?

ItвЂ™s no secret that most people own a smartphone these days. There are hundreds of different models in use, such as the Samsung Galaxy, HTC M8 and the Apple iPhone. But while there are plenty of things we love about our phones, there are some things that we just hate about them!

For the most part, smartphone makers listen to our feedback about the things we dislike. The thing is, there are just some annoying things about our mobiles that never seem to get improved. Here is a list of the most common annoyances we report with our phones each day:

The biggest complaint that smartphone users have is battery life! It doesnвЂ™t matter who makes the device; it seems that the battery life is never enough to last more than a day! When you read specs on mobile phones, there are many different statistics quoted. 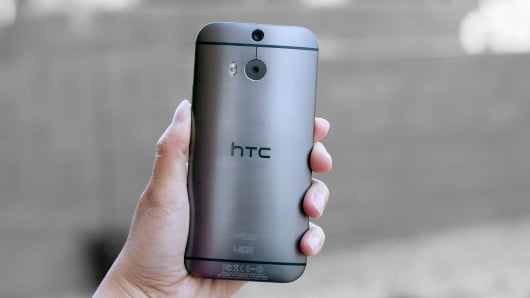 Have you ever noticed that the battery life specs seem impressive on paper? Of course, in reality, things donвЂ™t seem as brilliant. If youвЂ™re a heavy phone user, youвЂ™re lucky if you get through the day without needing to charge your handset!

People often complain about how “normal” phone batteries last much longer. There is one reason that is so: we use more features on our smartphones! Old-style mobile phones have little in the way of features. They also have less processing power, which means batteries last longer.

Even professionals in the telecom industry have noticed this! Issa Asad of Florida is one such person thatвЂ™s seen the decline of battery life in todayвЂ™s smartphones. He recalls how old-school phones like the Nokia 3210 could last for four days without needing a charge!

The next biggest complaint, and, in some cases, a joint tie with battery life, is the cost of buying a smartphone. Many people choose to buy their devices вЂњofflineвЂ? so that they arenвЂ™t tied to a lengthy network contract.

Take the Apple iPhone 6, for example. The basic 16GB model will set you back around $650. For some people, thatвЂ™s more than their monthly income! Of course, there are cheaper devices on the market. But even those can cost upwards of $100.

I read an article the other week that described how the iPhone only contains $200 worth of materials. And given that they are made in the Far East, they are making a handsome profit on each device sold.

Have you ever noticed how smartphones these days just arenвЂ™t as resilient as the mobile phones of yesterday? TodayвЂ™s devices use touchscreen displays that are easily scratched and damaged.

The internal components are also prone to damage from even the slightest knock or bump. Quite often, repair costs for smartphones can reach three-figure sums.

Although itвЂ™s not a fault with the smartphones themselves, there is one downside to owning one. TheyвЂ™re addictive!

Many smartphone converts tend to use their devices several times an hour. Much to the annoyance of the people around them!

I am Poppy Arch chief executive officer at Tecmetic. I target Latest Trends in Technology. i'm conjointly writing for Apple and TechCrunch. I even have 6 year expertise of technical writing. Tecmetic is totally absolve to readers. Our financial gain is totally a resultant of the e-mail and web-advertising. but, we have a tendency to aren't engaged in sale of any product or ideas on-line. we try for honest news coverage, significantly from technology sector.
« How To Make Mobile App Using Zapporoo?
Why Waste Time and Money? Go With E-Commerce »